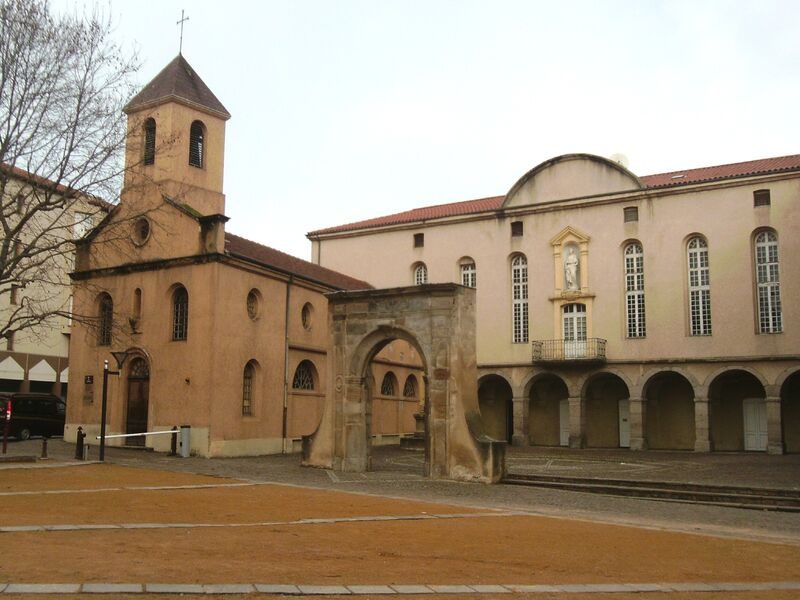 An hôtel-dieu... a hotel for god? Actually, it's just a hospital, a pre-enlightenment one. No, not pre- lights you switch on, but the Enlightenment, the intellectual one. The institution remains a must see and its history well worth learning about.

To be honest, an Hôtel-Dieu is only worth visiting for the story it can tell. And this is the story in Saint-Chamond. It all began with a decree issued by Louis XIV, who wanted to confine beggars to hospitals. Not exactly charitable, the idea of shutting away the paupers. Any, to cut a long story short, from then on the town authorities started looking for a building capable of meeting this requirement and that's how, in 1672, the Hôtel-Dieu came to move into its present location. Then began a long series of works, extensions, changes of use. Because, in fact, exactly what the Hôtel-Dieu was for is difficult to define (and sometimes difficult to admit). It actually served a whole series of functions: hospital for the sick, refuge for the destitute, a home for the aged. A multi-service centre ahead of its times, but with a clear separation between rich and poor - typical of the Ancien Régime. But over the years, gradually the need for a structure for the sick and pregnant women began to prevail, and then the Revolution came along. Minds were emancipated, people's outlooks changed and eventually, in 1940, a real hospital was built. Exit the Hôtel-Dieu, the old model. A new era had begun. But the building, with its remarkable old architecture then needed to find a new identity. Not so easy to establish a new reputation though.