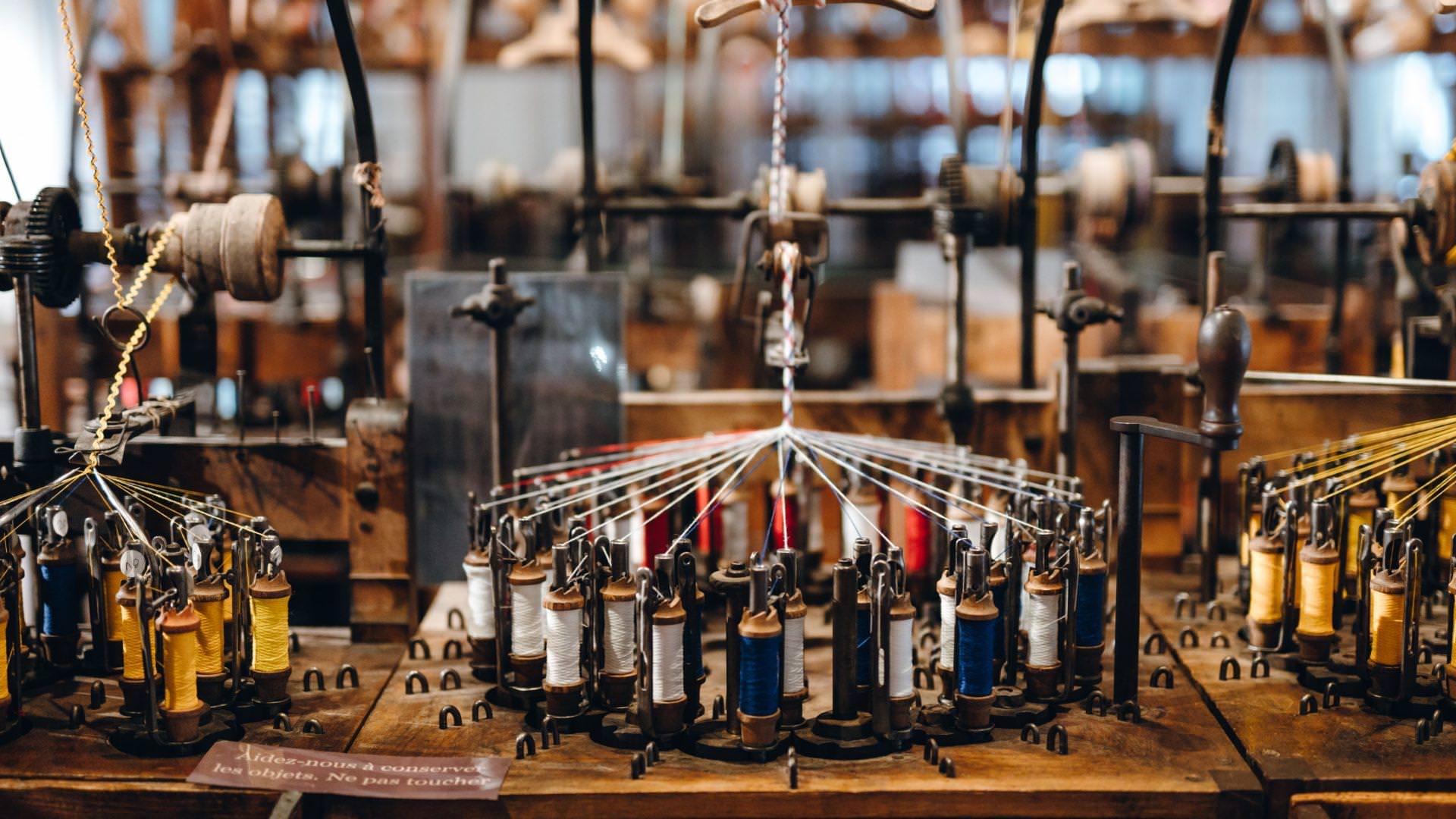 Arms, ribbons and bikes.
Put like that, it’s hard to see the connection, which is fair enough. Come and visit the Musée d’Art et d’Industrie and you’ll soon get it. When we say design is everywhere in Saint-Étienne, it’s also because it’s in the city’s DNA. SaintÉtienne has always invented things. Firearms you probably know about, but also weaving looms, textiles and bikes. Yes, it was right here that the very first French bicycle was invented. So head down in the handlebars, and three collections later, you’ll know all there is to know about Sainté. Or at least the links between its industrial past and its ambitions for the future will no longer hold any secrets for you.

INCLUDED IN THE CITY CARD

All the info on how to get there and what exhibitions to see: www.stephanois-hors-cadre.fr