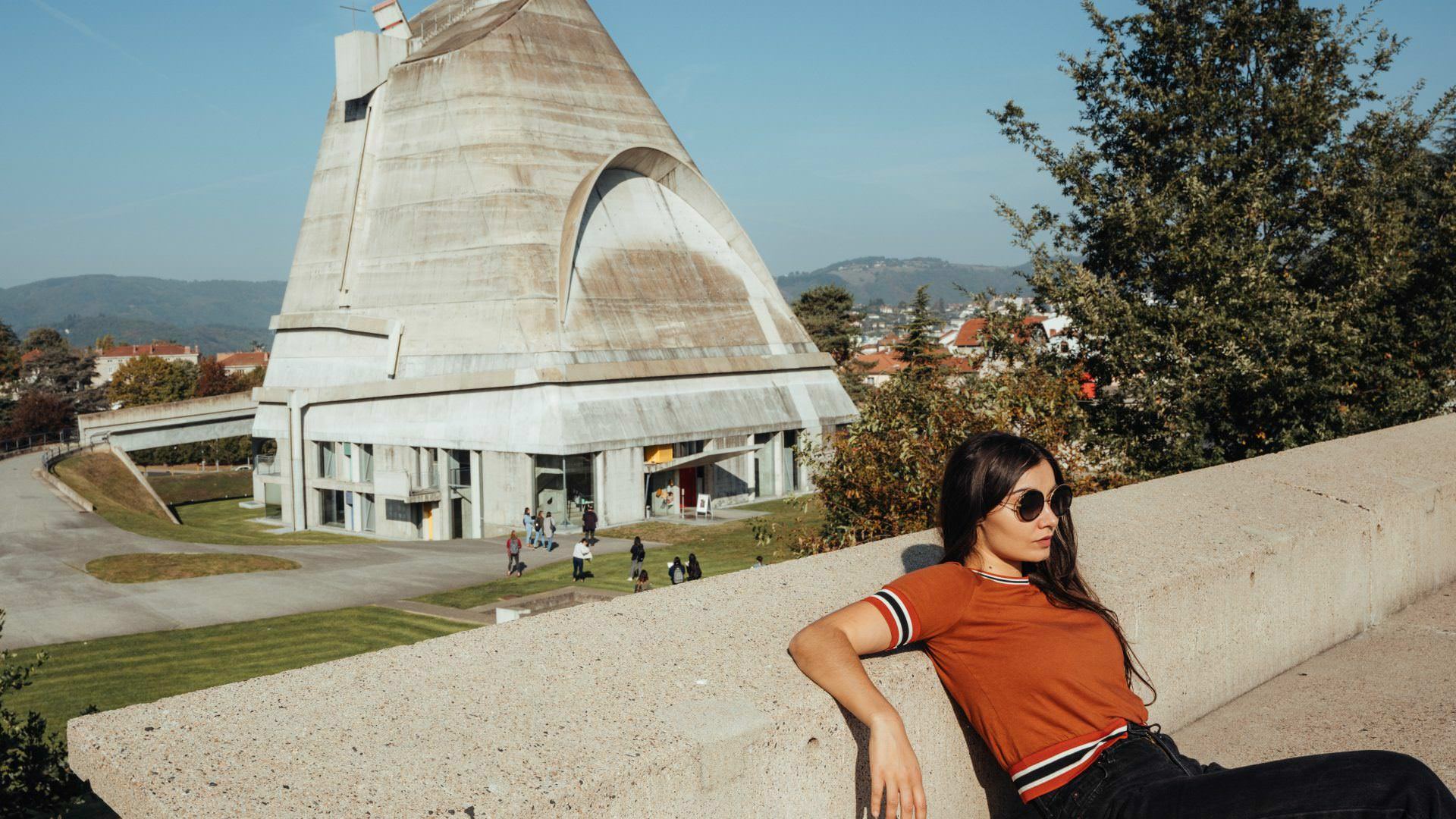 A town within a town, now there’s a good idea. That was the idea of Le Corbusier, the visionary who needs no introduction. A stone’s throw from Saint-Étienne, the Firminy-Vert site delights both the experts and the curious: a multi-coloured Housing Unit, a rather odd, cone-shaped church, a concave Cultural Centre, a stadium in the form of an amphitheater and a swimming pool. You wanted Le Corbusier? Well, here you have it, lots of it. It’s great to look at and on top of that, there are some cracking anecdotes. Did you know that the Site was the second largest complex in the world? And that the windows of the Cultural Centre were musical windows? And guess which constellation appears in the concrete of Saint-Pierre’s church? Anyway, the best thing is to go there, see for yourself and get a little lesson in creativity.
INCLUDED IN THE CITY CARD
All the info on how to get there and what exhibitions to see: www.stephanois-hors-cadre.fr